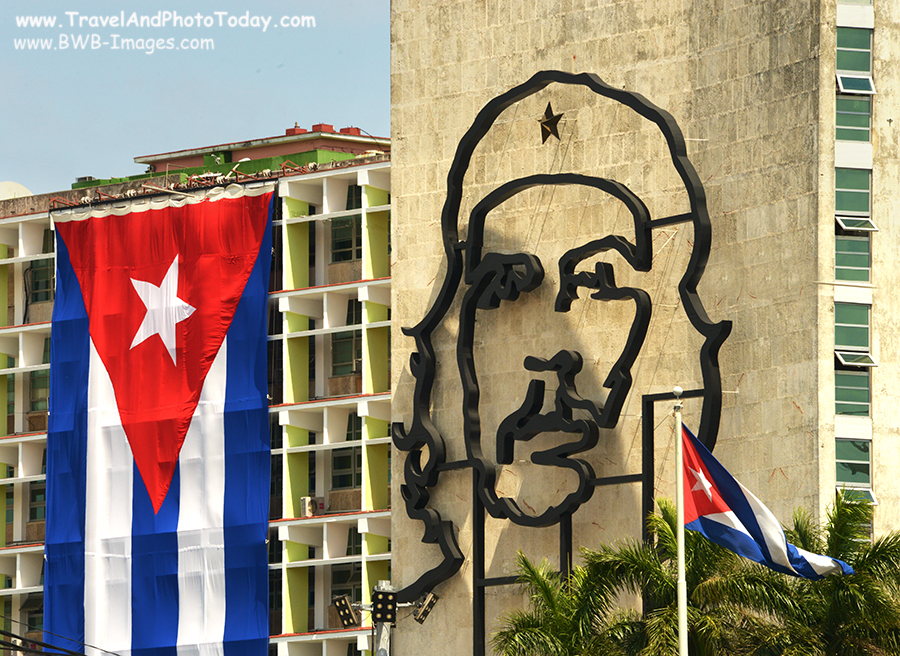 Cuba is rapidly becoming a “hot” travel destination, especially for U.S. Citizens who can now take advantage of recently relaxed travel restrictions.  Yet Cuba does remain a somewhat underdeveloped nation in many ways and this includes the infrastructure to deal with the increasing influx of travelers.  Of course for many travelers this undeveloped quality is part of the intrigue and appeal of visiting Cuba.  So it is a bit of a paradox.  That said, travel to Cuba in it’s current state does present some interesting challenges for travelers – like no Starbucks or McDonald’s!   But seriously folks, while it’s true there are no Starbucks or McDonald’s – or other American chain restaurants for that matter – I discovered a more basic challenge during my visit to Cuba.  How, as a traveler, do you get good, accurate information? Let me tell you, it’s not always easy.  The best solution I can offer to you is to ask lots of people, and I mean LOTS of people – Ask and Ask Again!  Here’s a personal example from my recent journey to Cuba.

In Search Of Information About Transportation From Havana to Trinidad –

I had done considerable pre-trip research and planning prior to heading off to Cuba.  In spite of this I was still not clear about exactly how I would travel between cities – from Havana to Trinidad, then on to Vinales and finally return to Havana.  I had read about possibilities such as car rentals, taxis, shared vehicles and buses.  But it was really hard to get details such as schedules and prices.  That being the case, I arrived in Havana with an itinerary but no firm plan. The adventure was about to begin.

As soon as I was “boots on the ground” in Havana I began asking how to best get to my next destination – Trinidad, Cuba. I asked everyone.  Guides, drivers, casa hosts, etc.  For two days the only answer I got was “take a taxi.”  The cost?  Around $260.  That seemed a bit odd in light of my pre-trip reading and it also also sounded rather expensive to me.  After all, Trinidad is a relatively well known and frequently visited travel destination and is only around 315 km from Havana. The drive is fairly straight forward,  mostly along one of Cuba’s main highways, the Autopsist Nacional.  It’s a drive which should take between 4 and 5 hours since highways in Cuba are not the best. But everyone was telling me the best way to get there was by taking a $260 taxi ride?  Come on – there’s gotta be something better I said to myself. 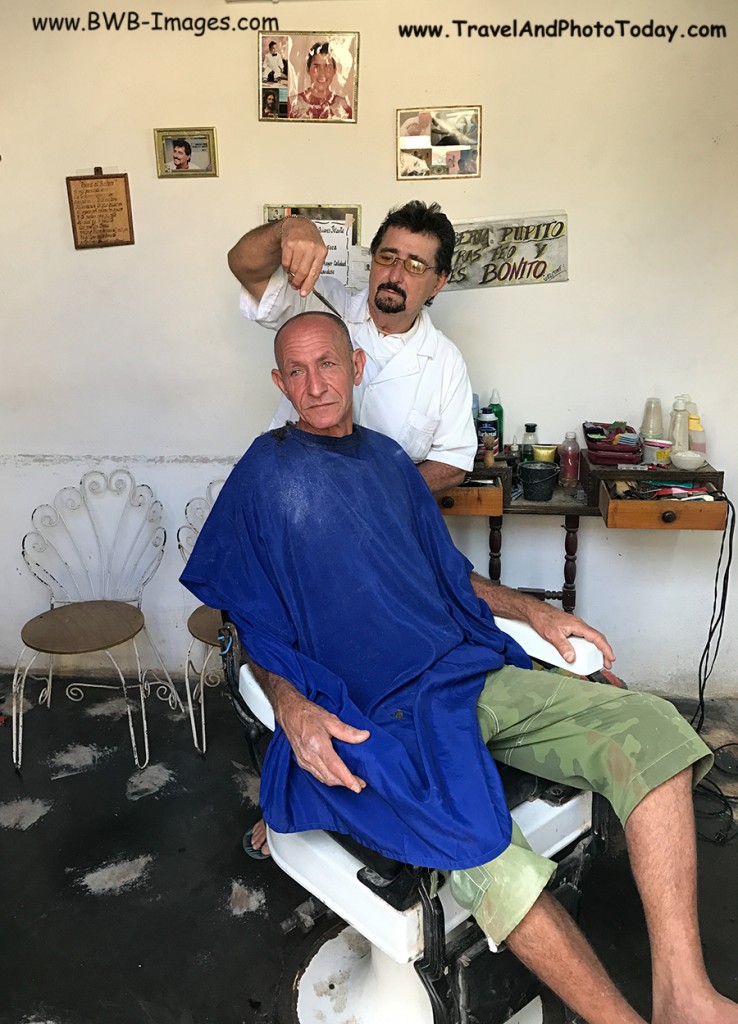 Ask Everyone ………Ask The Barber

I continued to ask others how to get to Trinidad –  I asked restaurant workers, other tourists, everyone.  Finally I asked a fellow I met in a city park ( I told you I was asking everyone.) Turns out he was a chap from Canada and had lived in Cuba for several years.  His answer to my question?  “Take the bus, it’s cheap.”  Now this guy was talking my language ( Yes, he was Canadian, but really, no pun intended). A budget priced bus trip sounded like a great idea to me.  I’ve had successful bus trips in many countries including Myanmar, Thailand, Cambodia and Vietnam.  The only problem now was that my new Canadian friend couldn’t tell me anything further about how to get the bus schedule or how to book a ticket.  He did suggest I find an Infotur office which might help.  Turns out that Infotur is the Cuban Government Tourist Service which operates a number of offices in various cities. (I had missed this little nugget of information when doing my research prior to arriving in Cuba. FYI – Infotur has a website which is a bit confusing but also helpful –  WWW.INFOTUR.CU.) 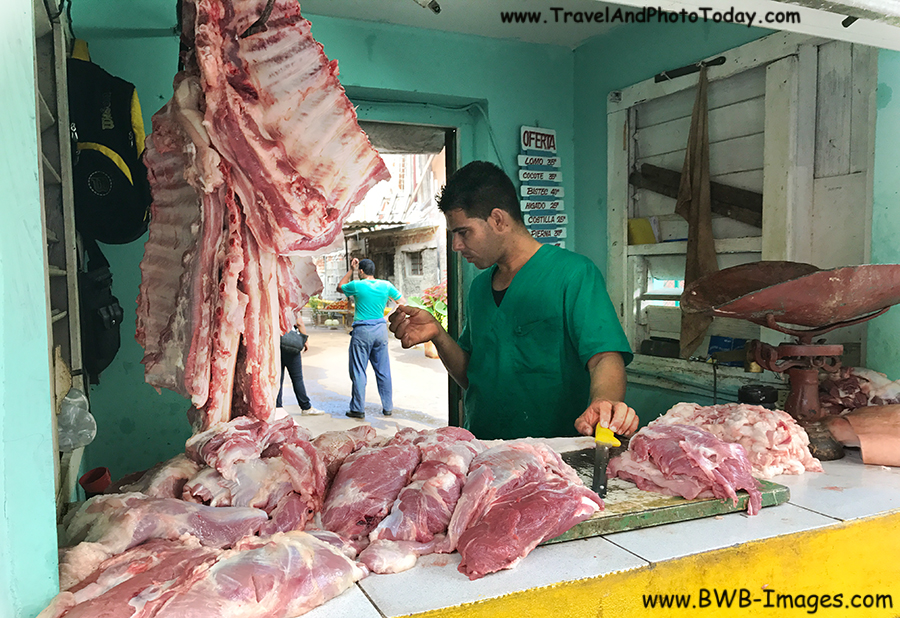 Ask Everyone ….Ask The Street-side Butcher

After asking several people how to find the closest Infotur Office ( as mentioned, always ask several people, and ask again) I eventually located a tiny Infotur office which was housed in a corner storefront not much bigger than a phone booth. You don’t really go into this office.  There is no door for customers.  Instead you stand in the street and talk to the staff through an open window.  The Infotur office was staffed by one lady who was quite busy and appeared a bit over worked.  Putting on my best “friendly traveler in need of assistance smile” I enquired about getting a bus to Trinidad.  She responded, in English which was clearly better than my Spanish for sure, that there is no bus – that I should take a taxi. The cost? Around $250.  (Are you beginning to see how things work in Cuba?)  I persisted with my desire for bus information.  She then, after answering a phone call and dealing with some other issue, thought about it and slowly suggested I might go to the Cubanacan Travel Office at The Plaza Hotel for information about possible bus tickets.  Fortunately I already knew where The Plaza Hotel was located – no need to ask directions this time – I head off. 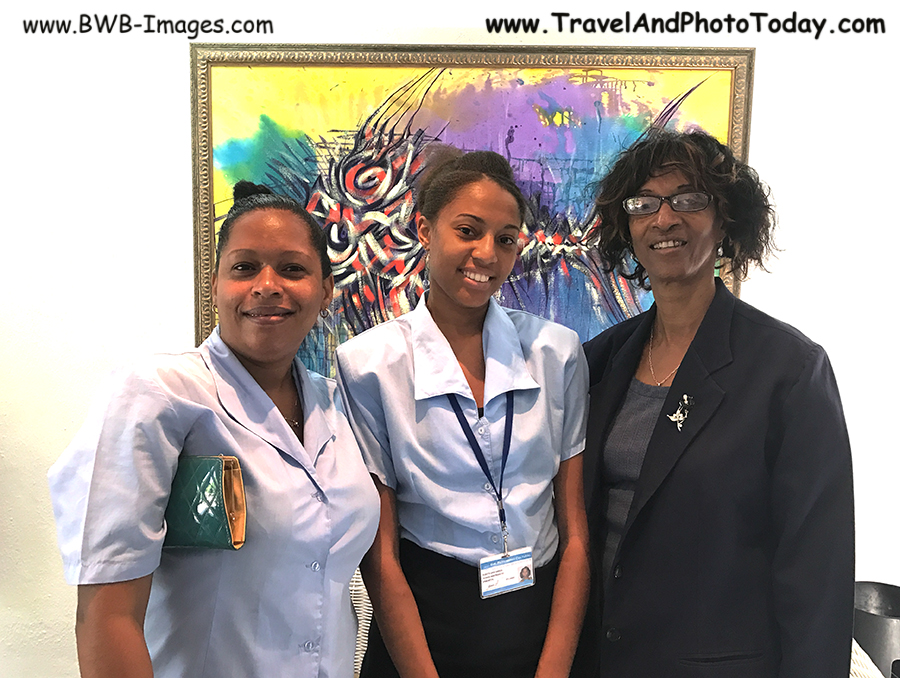 Ask Everyone ….. Ask The Librarians (surely they will know)

Arriving at The Plaza Hotel, I looked around and located the Cubanacan “office.”  Compared with the Infotur office, this was a big operation. The “office” here was actually two  long tables pushed together in one corner of the hotel lobby.  Several people were waiting to talk with one of the three, yes three, staff members at the tables.  In short order I was seated and I told the lady of my need for information about taking a bus from Havana to Trinidad.   She essentially said, “no problem, when would you like to go?” Yes! I asked how much it would be?  She responded, “$27.”  Double Yes!  Sounded good to me!  I got a bit more information about the bus, departure time, travel time, etc. and booked the ticket.

So – the Trinidad transportation problem was solved. Of course it took 2 days and many, many false starts – but it was solved. Instead of  spending $250 for the trip I only spent $27.  And the bus turned out to be great. 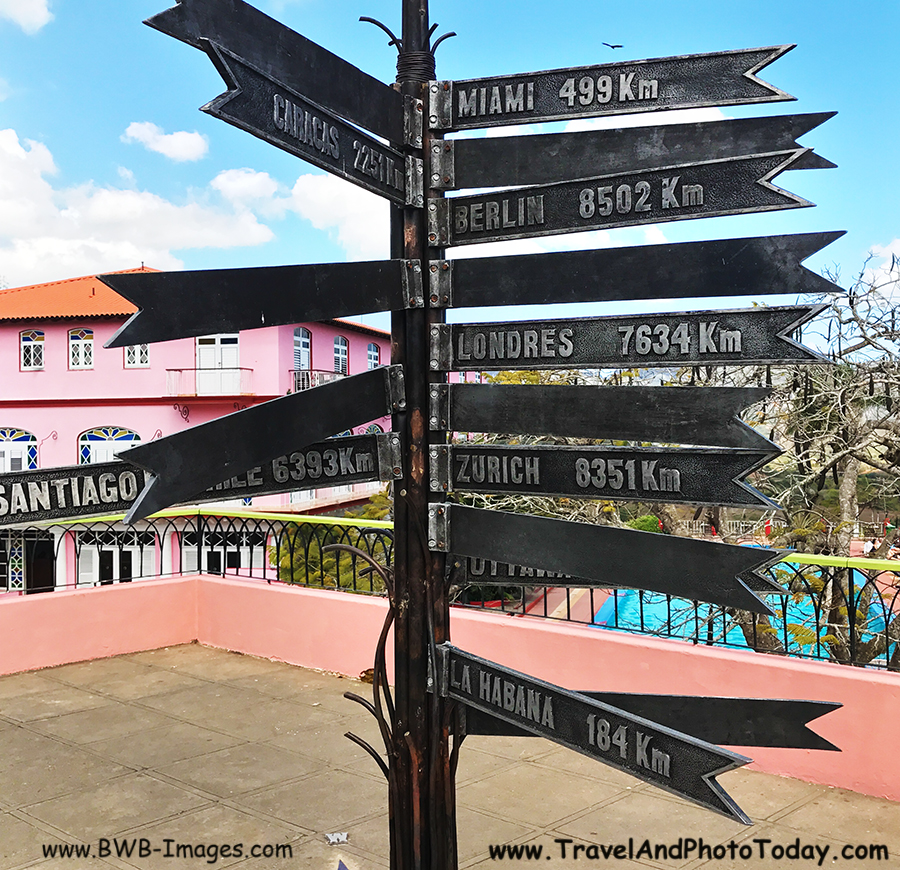 And Just How Do You Get there From Here?

So goes the search for travel information in Cuba.

Based on my experience here, are my top four suggestions about finding transportation information (or any information regarding Cuba for that matter) about travel between cities in Cuba.

1) Do as much advanced research as you can before departing to Cuba.  It’s much easier to search on-line before you get to Cuba.  (The on-line information experience is very limited in Cuba.) Even so, you will likely find specific and detailed information scarce.

2) Be aware that there are some travel and tourist services available in Cuba. Cubacana is one service I discovered as noted above.  They apparently maintain “offices” in various hotels.  Unfortunately I have been unable to find much, if anything regarding them on-line since my return from Cuba.  So, once in Cuba – Ask, and then Ask Again!.

Infotur is another Cuban Travel Information Company.  They also have “offices” in various places in serval Cuban cities.  Additionally, they have a web-site presence at WWW.INFOTUR.CU. The site offers information in several languages including English.  Unfortunately the information available tends to be very sparse and general.  Many searches, even when clicking on their own category headings and tabs produces a “no results found” response. So again, you might get more information if you visit in person once in Cuba.

Finally, while staying in Trinidad I ran across a travel office directly across from my casa particular. Havanatur describes itself as “el especialista de Cuba.” This was a one man office. I spoke to him directly and he was very helpful in arranging a reasonably priced “shared taxi” with three other passengers for the 5 to 6 hour drive from Trinidad to Vinales. There is a website by this name  (WWW.HAVANATUR.COM). I am really not sure if it is at all related to the office I used in Vinales.

3) You can also try to use the internet while you are traveling in Cuba but be prepared for limited access and slow service. Even then, your searches for information will likely be only minimally successful.

Travel To Cuba …………… And Enjoy The Adventure!