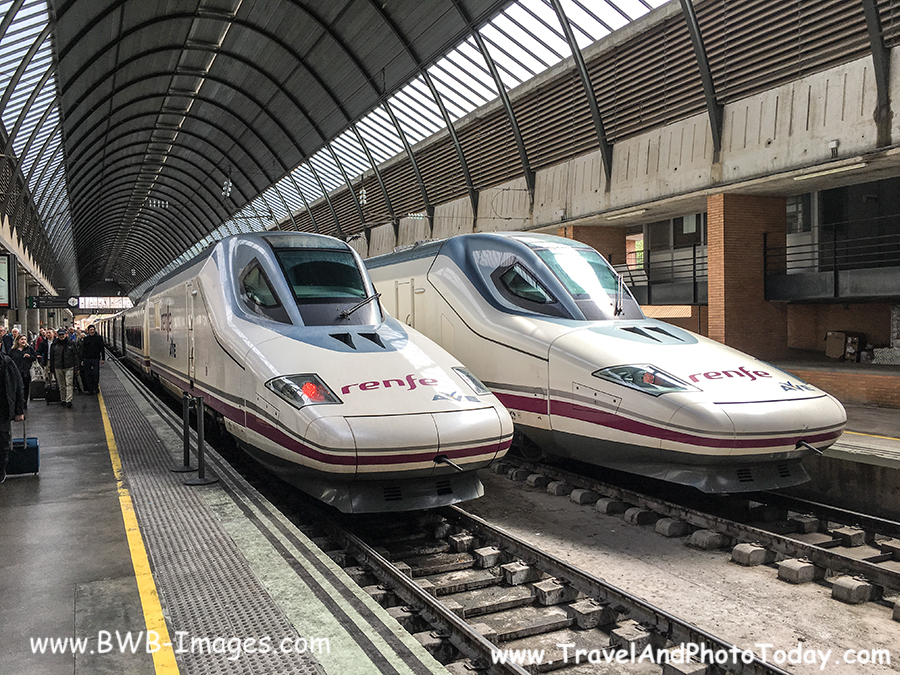 Planning a trip to Spain?  Wondering how to get around in this somewhat large, European country?  Why not take the train?

I always enjoy sampling a bit of train travel when I’m visiting a foreign country.  For some reason train travel has always appealed to me.  And actually, train travel can have many advantages (although these of course vary from country to country.) Traveling by train can be relatively inexpensive.  You have no baggage limitations or they are certainly less restrictive than air travel.  Trains are quicker than buses and generally more comfortable – sit back, relax, and watch the world go by.

During my recent trip to Spain I traveled by train from Madrid to Sevilla and also did a day trip from Sevilla to Cordoba and return by train. Making reservations prior to my departure for Spain was easy using one of the various internet ticketing services such as “Renfe.”  If you have access to your smartphone while in Spain (which is easy by the way – see related article on smartphones use in foreign countries HERE ) you can also check routings and make reservations while in Spain. I would actually have traveled more by train during my trip but my itinerary in Spain turned out to be somewhat less than train friendly.  I wanted to travel in the south along the coast from west to east and for some reason there are really no good onward train connections for this type of routing.  To reach my various points of interest would have required “backtracking” through Madrid which I chose not to do.  So my train travel ended in Sevilla from where I moved onward by rental car.  Still, my limited train time did give me a chance to at least sample train travel in Spain.

My Spanish train adventure started out in Madrid at the Atocha Station.  A nice modern and efficient station, it has a rather unique interior. A major section is devoted to a greenhouse like botanical garden area.  Very nice.

Of course other sections of  Atocha Station look much more “station like” but are also attractive and efficient.

Departure boards are presented in Spanish and English which helps language challenged folks like me.  My train departed at 10:00 for Santa Justa Station in Sevilla.  (At 9:05 am when the photo was taken the platform had not yet been announced.) The trip took around 2 1/2 hours.

Train interiors are nicely appointed with comfortable seats and, unlike airliners, lots of leg room ( it does not pay to be tall if you travel by air – trust me.) 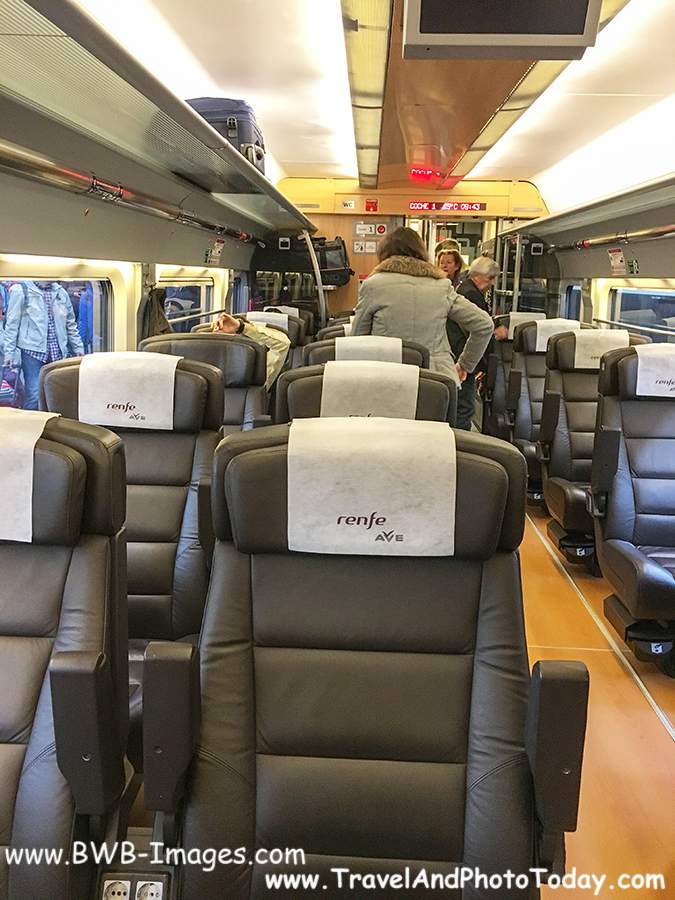 Being used to the rather basic quality of train travel in the United States, I was surprised to be presented with a breakfast menu selection for my morning ride to Sevilla. 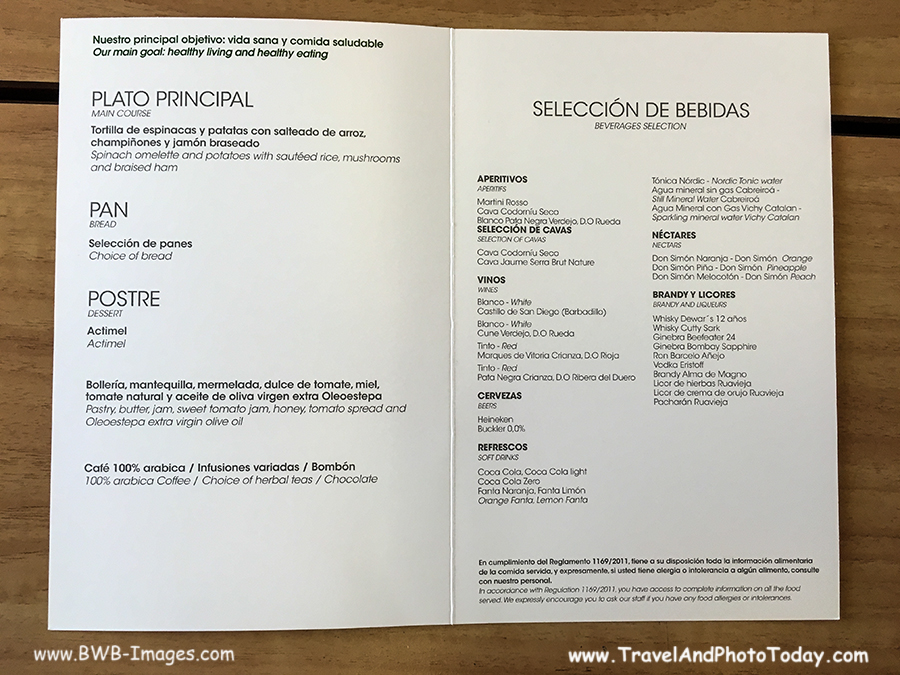 The train service and the hosts and hostesses offered a nice variety of breakfast options.  The presentation is very much economy airliner style. The quality of food?  Slightly above economy airline in my opinion.

Arrival in Sevilla was on time at the modern Santa Justa Station.  I had just eaten a nice breakfast on the train.  Otherwise I might have been tempted to stop in at the McDonald’s which is located in the Santa Justa Station ( a visit to a local McDonald’s is another of the things I try to include on my various travels – don’t ask why – I offer no excuses.) 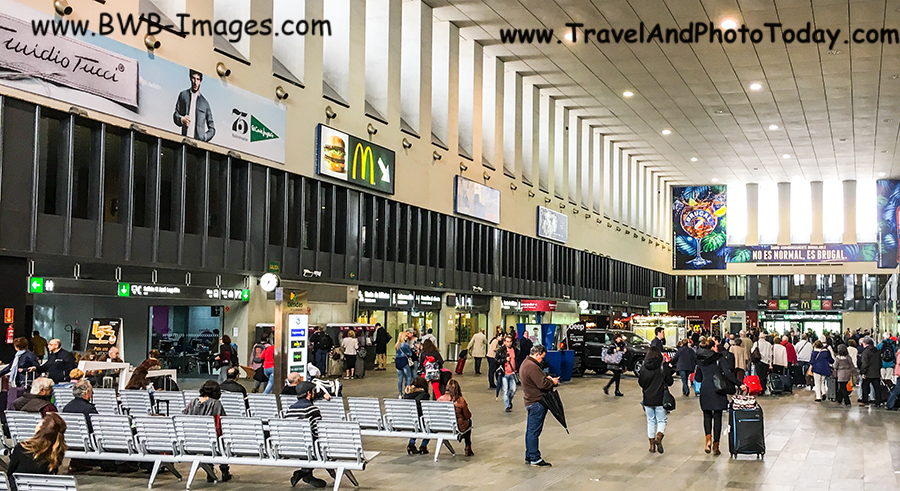 Kansas City, my current home town, is Sister Cities with Sevilla, Spain.  Sevilla made me feel right at home as I exited Santa Just Station onto Kansas City Avenue!   A nice touch – thank you Sevilla. 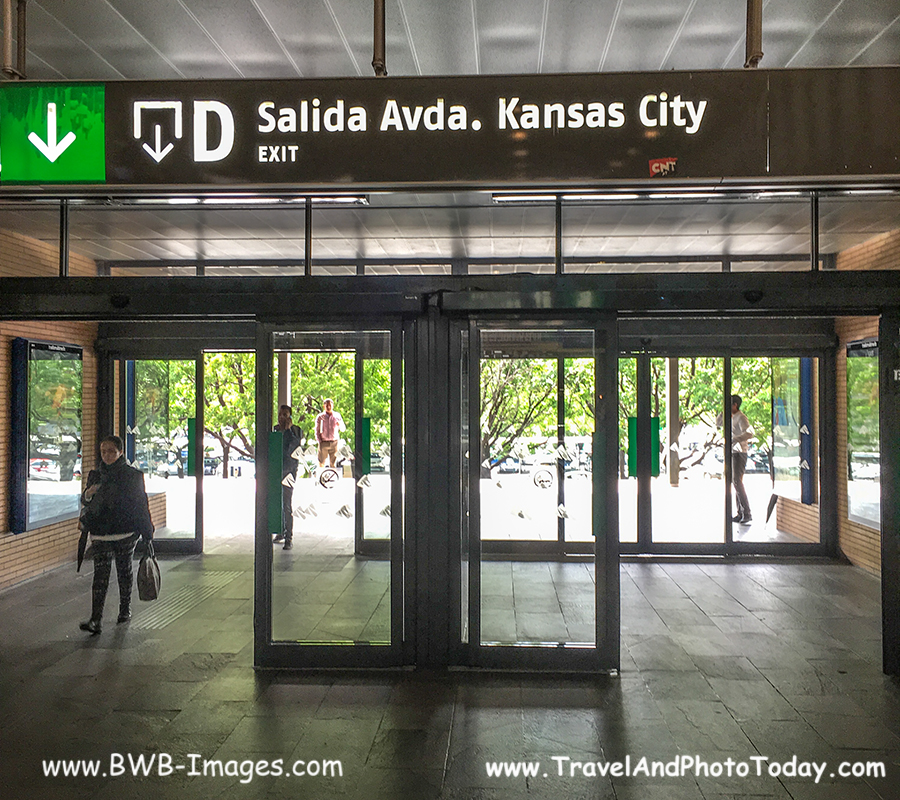 Traveling by train in Spain is affordable and comfortable.  It’s a great way to see the country as you relax and move on to your next destination.  Check it out.  I think you’ll enjoy it.

Take The Train in Spain …………… And Enjoy The Adventure!